Snow, Snow, where ever we go!

We were not stateside very long but we did visit 4 states.  Three of those states gave us the give of snow and ice.  Only Florida spared us the white stuff but even there it was cold!!!

Atlanta was quit a sight.  We had gone across town for an appointment and were trying to get back for another.  It started snowing about 12:00 and by 1:00 we were driving.  It should have taken us about 45 minutes to go where we were going.  After 5 hours of stop and go, we were still not to our final destination.  The traffic was just not moving so we decided since we were only about 1.5 miles away, we would park the car at this nearby bank and walk.  So, walking through the beautiful snow was what we did!  Many were stranded in their cars on the interstate for over 18 hours!!!!  Many were also being good Samaritans and bringing sandwiches and snacks to those stuck in their cars.  So, there was not much snow but EVERYONE left work and tried to get children from schools (some children were stranded at school as well) at the SAME TIME!  Needless to say we did not make it to the next appointment (oral surgeon for Travis).  Oh, Atlanta!  We were thankful we got close enough to walk safely and the next day we walked to pick up the car. 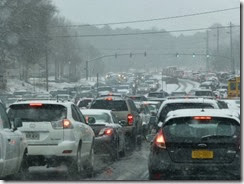 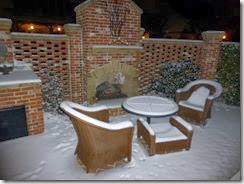 That was Tuesday.  Saturday we fly to Maryland and rent a car to drive to Pa.  The day before we leave, we get a couple inches of snow.  That was not a big deal but the night before we leave we get about 6-8 more inches.  We waited until later in the morning to leave.  The roads were not too bad but we just took it slow.  All as we could say was “SNOW!” again, you must be kidding. 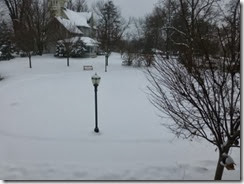 During our visit in Lewisburg we had the opportunity to see the Annual Ice Festival and here is a picture of one of the bigger ice statues. 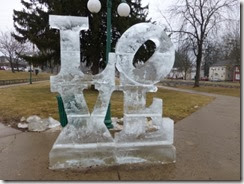 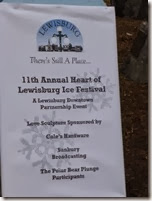 So, as we drove south after the snow in Pa, the road got better.  Then just before we arrive in Md, it became ice.  ICE!!!! You must be kidding!!!  We would rather have snow.  So, our drive became even more careful.  The river was covered with ice, the trees were covered with ice and falling all around. 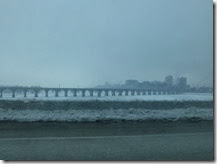 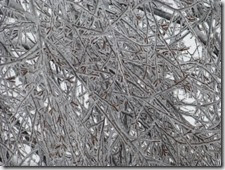 We were so thankful the God protected us the entire way.  I think we are ready to head back (in one week) to the heat (80-100 degrees) in Namibia!!!  Maybe traveling to the northeast the end of Jan and beginning of Feb is not such a good idea:)

Posted by tlcinhisservice at 11:00 AM