It was an excited day on Wednesday Sept 28 which is the celebration of The Day of the Namibian Child.  This is a day to bring attention to children in Namibia that are in need because of 3 major areas: poverty, child rape and child abandonment.

On Friday afternoon we had unexpected visitors from the Ministry of Gender.  They were coming to invite the children from the Zion Mission School to perform at the cultural event.  Well, this was short notice but it gave them Monday and Tuesday to prepare and we were all excited.  The children have never performed at the stadium before so this is a first!!!  We crowded about 30 children in the 2 vehicles that we have and headed to town at 8 in the morning.  They were dressed in their school uniform and shared emotions of excitement and a bit of nervousness.

A marching “band” went through the town and entered the Sports Complex to kick of the event. The marching band consists of 2 drums, one set of cymbals, two “horns”, a drum major and marching girls that wear a white glove and carry a stick that they use as part of the performance.  We actually never heard the cymbals but they were there. 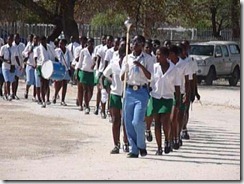 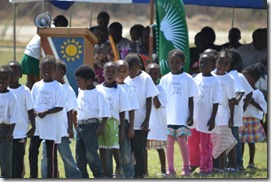 There were several young kindergarten groups that performed.  Very cute! 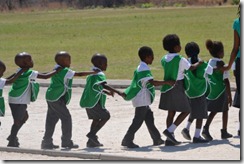 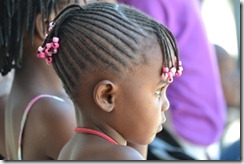 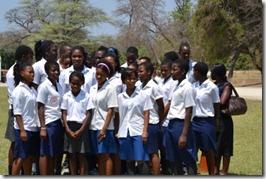 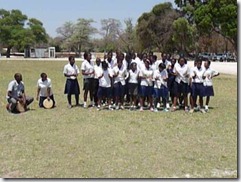 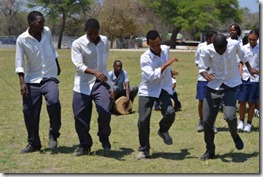 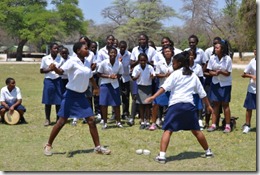 The event ended with refreshments for the performers that included a sausage sandwich, small bag of chips and a can of soda.

We were proud of our children.  They demonstrated good behavior and had a great performance and we all had a wonderful time.

Posted by tlcinhisservice at 2:49 AM